I am writing a book on the ever thorny, controversial, misunderstood topic of free will.  Over the course of several weeks, I am blogging about the issue.  I invite your feedback, as this will help me fine tune the contents of my book. 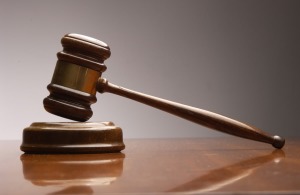 In this third post, I present the most common reasons libertarians give in support of their position and show why these reasons are flawed.

According to libertarians, only if we are free to accept or reject God can we have a meaningful relationship with Him.  If our love for God is determined it must mean it is either mechanistically programmed or coerced against our will.  If either notion is true then love would be stripped of its value.  Greg Boyd says, “If love is the goal” of God’s creation of us then love “must be freely chosen. It cannot be coerced. Agents must possess the capacity and opportunity to reject love if they are to possess the genuine capacity and ability to engage in love.”

The argument seeks to counter a caricature of what a determinist God would have to do in order to get His creatures to love Him.  Thaddeus Williams in his excellent book Love, Freedom, and Free Will has answered this charge.  Suppose someone is necessarily compelled to say “I love you” to God.  Williams indicates this can only be the result of three possible conditions.  In each condition, the subject says “I love you” because they can do no other.

The first condition is the result of mechanistic programming. If God determines our love, then we are like the old Chatty Cathy dolls that say “I love you!” when God pulls the string. Such a person is no more than a computer-like entity programmed to perform automatic functions.  The Second condition posits that saying “I love you” is the result of sheer divine coercion.  In this case a person is forced to mouth the words against their will.  This is tantamount to theistic totalitarianism.  The third condition indicates the expression of love is the result of a powerful heart desire.  Here the person says “I love you” because they have such strong internal desires and affections for God that they cannot fathom acting any other way.

Libertarians and compatibilists agree that the first two scenarios are illegitimate responses for a truly loving and meaningful relationship with God.  To suggest either is the view of Calvinists is a straw man.  However, that is not true of the third scenario.  Such a person loves voluntarily and without coercion and yet does so as a necessary result of deterministic causes.  Libertarianism rejects this because it says we must be free from the compelling force all desires, motives, inclinations, passions, etc.  Thus, as Williams argues, libertarianism entails freedom from our own hearts.

Libertarianism would have us believe that such indeterminate choices are the basis for meaningful relationships.  But true love does not act with indifference to options but with headlong devotion in a single direction.  In fact, all meaningful choices spring from such singular zeal to pursue the one choice that is clearly better than any other.  In the doctrine of regeneration God changes our hearts producing a compelling desire to love God.  To love Him is a necessary result of God’s determination but in no way can it be construed as a mindlessly indifferent or a forced response against one’s will.  In fact, the powerful voluntary nature of the response is what makes love meaningful not that one could act otherwise.

Libertarianism teaches only free will can explain moral responsibility.  When a person acts with moral good he is deserving of praise.  When he acts with moral evil he is deserving of blame.  Libertarianism believes that praise or blame is only meaningful when a person is able to act in a contrary way.  If someone breaks the law they bear responsibility only because they could have acted otherwise.

This argument is not persuasive.  People bear responsibility for breaking the law because they do so intentionally not because they had a choice to act otherwise.  In this regard, libertarians confuse necessity with coercion.  People always act according to their most compelling motive.  But acting necessarily as a result of compelling motives is not in most cases coercive.

The problem is, in the libertarian scheme motives don’t determine choices.  Every act is free only to the degree that it is free from motives, intentions, etc.  But that is not how the law works.  If a person commits a crime with no discernible motive or reason, but it appears to be an arbitrary act, then it is hard to assess liability for the crime.  In a court of law, usually such individuals make an insanity plea.  Guilt and culpability are only applied when a motive is uncovered.  Unfortunately, in the libertarian perspective of free will everybody would be insane.

In libertarianism, to be free is to be wholly indifferent about the choices one makes.  You can choose one action or its opposite with equal ease and neither action carries any particular preference.  If this is true then no action carries any consequence worthy of notice either.  Bad choices could not be justly blamed and good choices could not be justly praised because neither is preceded by a causal relationship to the nature, motives or intentions of the person making the choice.  The fact is, we praise a man’s good actions because they proceed from a good intentioned heart.  Likewise we blame him for his wicked actions because his heart harbored wicked intentions.

God holds sinners liable because of their intentions not due to their freedom to choose otherwise.  The global flood was divinely orchestrated to destroy mankind because “every intent of the thoughts of his heart was only evil continually” (Gen. 6:5).  Consider David’s counsel to his son: “As for you, my son Solomon, know the God of your father, and serve Him with a whole heart and a willing mind; for the LORD searches all hearts, and understands every intent of the thoughts” (1 Chron. 28:9).  Solomon is held responsible for the intentions of his heart and the degree of his willingness to serve God.  God is not interested in mere obedience.  He wants our hearts.  True Christianity is exercised via the affections of the heart not mere conformance to a standard of ethics.

Norman Geisler writes, “Moral obligations imply that we have self-determining moral free choice.  For ought implies can.  That is, what we ought to do implies that we can do it. Otherwise, we have to assume that the Moral Lawgiver is prescribing the irrational, commanding that we do what is literally impossible for us to do.”  But suppose a person borrowed $500 from a friend and was unable to pay her back; that certainly doesn’t excuse him from his obligation.  Likewise, God is not obligated to dismiss our debt to Him simply because we cannot repay it. Humans are in rebellion against God not just because we are under a curse (Rom. 5:17) and can do no other but also because we heartily approve of our rebellious actions (Psa. 2:2-3; Rom. 1:32).  One’s inability to act contrary to his sinful nature does not abrogate his culpability since he also acts voluntarily (intentionally).

Libertarianism charges that if God is the ultimate determiner of human action then He must be culpable for sin and evil, thus making God evil.  The problem is illustrated this way.  Imagine the senseless beating of a homeless man to death on the streets of the city.  In this case, the Calvinist God is likened to a Mafioso styled mayor who calls for this sort of evil.  Even though the mayor didn’t directly conduct the beating, he is responsible because he called for one of his thugs to do it.

Conversely, Roger Olson seeks to show how libertarianism rescues God from evil: “Because he values the liberty he gave his human creatures, and he will not abrogate it even though it means sin and evil enter creation.  God permits, but does not will or cause, sin and evil.”  In other words, evil was a risk God had to allow in order to preserve human freedom and responsibility.  But Olson’s account doesn’t solve the dilemma.  If God merely “permits” evil and knows it will take place, then the Arminian God is like a police officer who stands by idly while the homeless man in our illustration is being beaten to death.  He didn’t order the killing, but neither does He stop it.

It is important here to understand that Arminianism doesn’t deny God’s omnipotence.  Olson says, “God is sufficiently powerful to stop anything from happening, but he does not always exercise that power, because to do so would be to rob his free and rational creatures, created in his image, of their distinct reality and liberty.” Thus, libertarian freedom is a greater virtue for God to maintain than to prevent evil from happening.  If the police officer is asked why he doesn’t stop the beating, he would have to say, “I am sorry, I can’t do that, otherwise I would violate the perpetrator’s free will and that would be a greater crime than stopping his senseless violence.”

Libertarianism doesn’t exonerate God from liability for evil.  To permit evil is equivalent to not preventing it and therefore to concur with it happening.  The point is inescapable for both Arminians and Calvinists: if God permits evil then at some level He concurs with its existence.  Now maybe God is powerless to prevent evil.  But then evil or the source of evil would be more powerful than God.  If evil prevails unabated and God is powerless against it then we are a race to be pitied.  Thus, if God doesn’t prevent evil then He must have some purpose for its existence.

So how can God be exonerated from culpability for evil?  First, since God is absolutely and perfectly benevolent we can know He cannot think or act in any evil manner.  Subsequently, the best way to respond to the question of who is culpable for evil is to return to what has already been stated.  Evil proceeds from the motives and intentions of one’s heart (James 1:14-15; cf. Gen. 6:5; Jer. 17:9).  God never has evil motives or intentions therefore He cannot think or act with evil (1 John 1:5).  Note carefully this is not the same thing as saying God can ordain evil to take place. God can ordain evil without having evil intentions.

This is expressed in Joseph’s iconic statement to his slave selling brothers: “As for you, you meant evil against me, but God meant it for good” (Gen. 50:20).  Joseph’s brothers acted with evil intention (“you meant evil”).  However, God brought about the same result but with a different intention.  His motive was good – “God meant it for good.”  Culpability can be attributed to Joseph’s brothers because they intentionally purposed evil.  God sovereignly purposed the same event, but his intention was good and therefore has no culpability for the evil that occurred.

The mechanics of how this can be remains a mystery Scripture doesn’t explain.  D. A. Carson says God’s causal relationship to good and evil is not identical or symmetrical as though He was amoral (i.e. neither good nor evil).  Since God’s fundamental nature is good not evil, His relationship to good and evil must be asymmetrical.  God stands behind what is good in such a way that it is always directly attributed to Him.  He stands behind evil only in a distant secondary way so that it cannot be directly attributed to Him, only to secondary agents or causes.

We must be content in knowing God doesn’t always provide answers for every instance of evil.  This is difficult because prideful creatures demand answers. The message of the book of Job is very sobering on this count.  When Job cries out “why?” in the midst of his intense suffering, the essence of the divine response takes our breath away – I am God and you are not.